One of the challenges 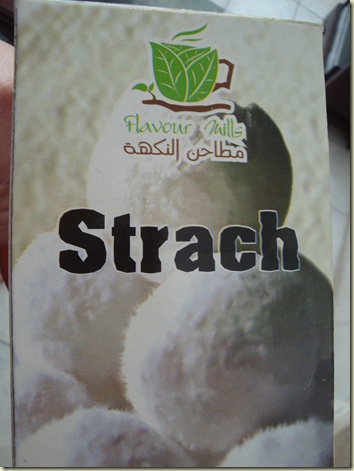 I’ll be one of the first to admit that English is one of the most messed up languages in the world – which is probably why it is so prevalent. Despite the difficulties, it is so flexible that anyone can use it. Close enough is usually good enough! However, it can make it tricky when you are actually looking for something.

I needed corn starch, and looked all over my favorite grocery store for it. It wasn’t with the flour or sugar. It wasn’t with the cakes or other mixes. It wasn’t in the spice aisle. I finally found it on a lower shelf, near the food colorings and flavorings (which were close to the cereals and jams and such, not the baking goods). I almost didn’t see it because it was so close to the floor, the photo didn’t grab my eye (dessert, which is applicable but had nothing to do with the corn, which I was mentally focusing on) and the spelling nearly threw me. Next to this, I saw several other brands… including one with a font that looked as if it were dripping with white blood. I chose this brand because it ‘won’ – it caught my eye.

One point for Flavor Mills and their Strach, and one point for me for finding yet another kitchen need. Next on the scavenger hunt list: Cream of tartar! Apparently it exists here, but not where I’ve looked.

Also – check out this website on herbs. This is an awesome website!! I went to a garden shop to get some mint (na’na’ in Arabic) to grow in my garden, and the shopkeeper offered other herbs too. I could recognize the look and smell of oregano – my nose was all stuffed up, but it is strong. They called it za’tar, which I know is a common name for oregano, even though za’tar is actually a mix of herbs and spices. They also offered another plant that looked, to me, like sage, but I couldn’t smell it at the time. They called it Marimiyah. I got some even though I wasn’t sure what it was, because… well, why not? I like herbs! I looked it up on this website – which you can search in English and many other languages – and yes, it was indeed sage.

Finding the ingredients you want while overseas is such a challenge. I am glad you finally found what you wanted and then some. Sage is a must have on my list just for sage gnocchi my husbands favorite special occasion treat. On schedule for next week is the kitchen including surveying the spice cabinet and making a list of what i need to pick up at home this summer.

A funny note, when we moved to Jakarta for our first post we went shopping the first time and David picked up what he thought was a bag of sugar. Made his coffee the next morning, put in his usual 2 heaping spoonfuls of sugar and took a big drink. Promptly spit it all over the kitchen. Turns out it was MSG not sugar. Funny as hell now but not so much at the time. Lesson learned. I find and print a list of common food words for the new country before the first shopping trip.

While I'm on this subject - I was just sorting through the little bags of spices I picked up on my last grocery trip so I could refill my bottles. I came across one clearly labeled "Pakinj powder" What the..?? Took me a second to realize it was my baking powder! (Whatever works!)

I sure can relate, but not on such a scale as an actual other language. It's hard enough for a Yankee to understand the NZ-Brit-Aussie combo of words and phrases I run into. You have my greatest admiration of living in a culture where the best intentions are misspelled!!!

Bettyl - When we move back to the US, shopping will be terribly boring!

Here the cornstarch is flavored and used as a thick dessert drink, so you find it with the puddings and flavored desserts. :S You have to really look for non-flavored, too, it's usually banana, strawberry or once I accidentally got Apple Cinnamon! (we used that as a sauce on crepes)

Flavored cornstarch? Wow? Never heard of that before! Of course, one of the boxes of unflavored starch had badly translated directions "To get kids food, mix in milk" ...something like that. (which might explain the font used on another box, white dripping letters) I'd never heard of corn starch as food (on its own) either.