First of all, here's a photo of a girl and a chicken. Appropriate, I think, for a post that started because I just happened to read a story about Laura Ingalls Wilder's "Little House on the Prairie". Here's my girl. happy on her mini-farm.

The story reminded me of another story, one I had discovered not too long ago about my 6th Great Grandfather, Pierre Pepin dit LaForce. 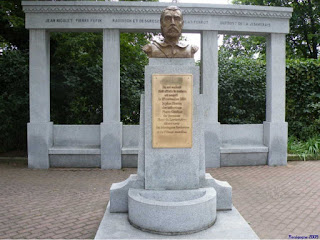 Pierre Pepin's name is included on a Monument in Trois-Rivieres, Quebec, honoring famous explorers of the area. The bust is of La Verendrye, credited as discoverer of the Rocky Mountains and explorer of Western Canada.

Pierre was the son of Guillaume Pepin dit Tranchemontagne and Jeanne Meschin. At some point, he adopted the surname of LaForce, he married Louise Lemire in 1681 and they had 14 children. In 1678, he and his brother Etienne Pepin joined an expedition with Duluth ( Greysolon, Daniel, Sieur du Lhut (c.1639–1710)) in exploration of the upper Mississippi. A lake in between Wisconsin and Minnesota bears the name Pepin in their honor (Lake Pepin, Lake of Tears), as does a town in Wisconsin. Another history describes their travel as "In 1679, (they) explored and traded in the present day Lake Pepin, Wisconsin area. They arrived in this area by traveling up the Mississippi from the south.", also, "By the mid-1600’s, the French had begun to send expeditions into Wisconsin via the Great Lakes and St. Lawrence River. King Louis XIII of France is believed to have granted a huge piece of land in the Upper Mississippi River Valley to two brothers, Etiene Pepin de la Fond and Guillaume dit Tranchemontagne. Two of Gillaume’s sons, Pierre Pepin and Jean Pepin du Cardonnets, later explored and traded in this area, and their name somehow became attached to the lake, and ultimately to the village and the county."
What does all this have to do with "Little House on the Prairie"? The Village of Pepin, Wisconsin is the birthplace of Laura Ingall's Wilder and she spent her early days living in the area. Apparently, Charles Ingalls had an "itchy foot" and liked to travel, which is part of why they moved so often as Laura was growing up. I think my ancestors must have had "itchy feet" too. 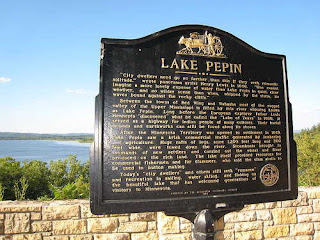 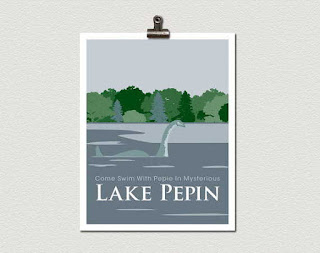