Another tourist trap Brad and I visited when dating was the Boardwalk at Santa Cruz… I mean, you just gotta go! And take the kids! :)  After we left the Fresno area, we headed south towards the end point of our road trip. We stopped at the Mystery Spot first, then headed on over to the Boardwalk. The kids had no idea what to expect. Then we drove by the front of the place on the way to the parking area… 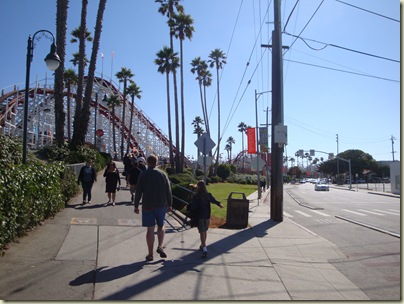 One glimpse of that giant red and white roller coaster and tired kids turned hyper in a millisecond!

First stop was food. Sweet potato fries and beer! Life is too good ;)  (ok, we got water, not beer, but it was so crazy that we were tempted.) 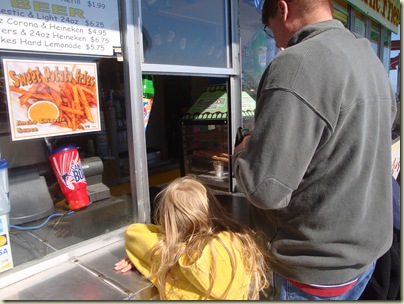 We had to go on the log flume/water ride about three times… you know, to make sure we were thoroughly soaked to the skin. 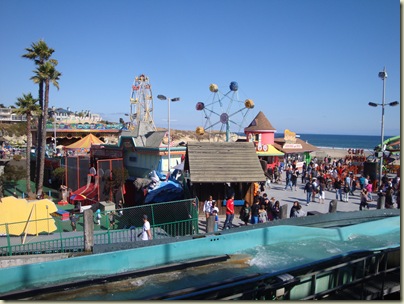 Then we went on the hang glider ride… so we could get our wet selves chilled. 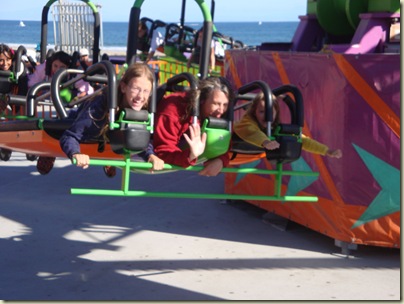 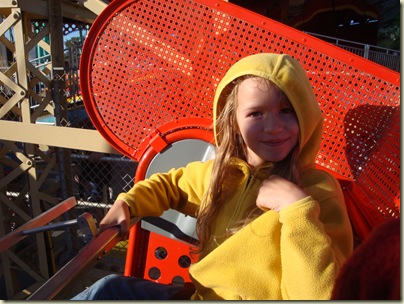 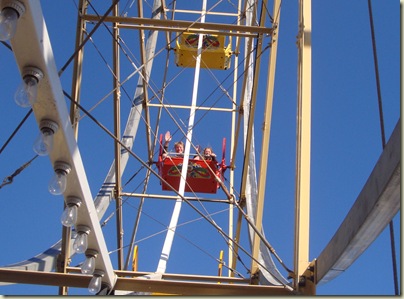 The view was awesome, over the ocean and the whole of the boardwalk. 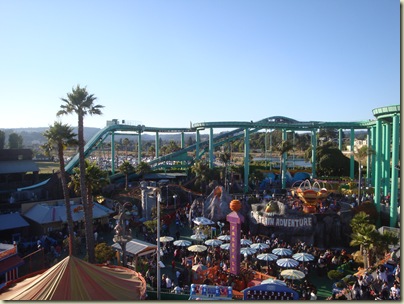 Honor insisted we ride the massive wooden roller coaster. The Giant Dipper. It’s the 6th oldest coaster in the US, a national landmark, and pretty freakin’ awesome! 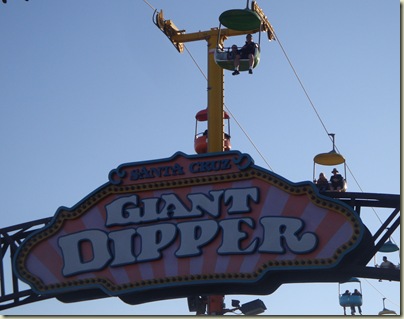 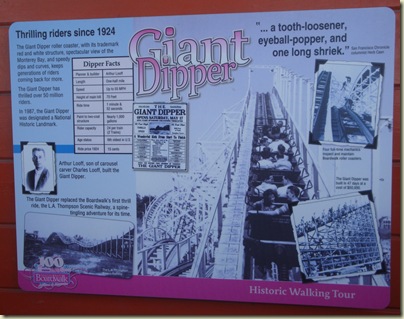 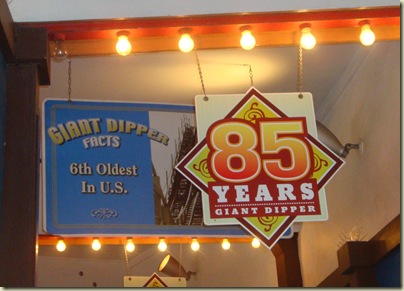 Honor was not so happy about it afterwards, as it is a bumpy ride and being little, she got thrown around in her seat a little. She was ok, and the ride was fun. If she’d not been bumped, I bet she’d have been the first to say ‘Again!’ when the ride stopped. 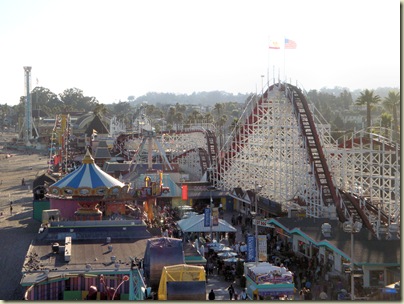 We barely made it down through half of the boardwalk. We rode many rides (there was a special sale on tickets; we lucked out), we played games, and ate junk food. Eventually though, the sun set and we started freezing! I swear that we are such wimps in cold temps. Locals were running around in shorts and flip flops, and we were bundled up in our fleeces turning purple. No matter… despite the hypothermia, we had a blast! We packed up our prizes, bundled into the rental car (turning on the heater full blast) and headed south to Watsonville, a small town with nice, reasonably priced hotels… good location to stay between Santa Cruz and Monterey.