Anywhere a cat can go, and other things that make me smile.

I served crepes for breakfast today, a meal which a couple of my neighbors and other friends (inc. Shannon & Donna) on facebook made me feel guilty for posting… just a little guilty feeling, those crepes were too yummy to fret over! I was sure that I had sprinkled vanilla powder into the batter, but as I sat down to eat with my family, I got the impression that I must have grabbed the silly powder by mistake. I’m not sure what I did … I truly forget… but Brian called me an alien. About that time, Honor accidentally dipped her elbow in her plate, and Brad, sitting next to her, threatened to bite the Nutella off of her arm. I looked at Brian and asked him if he still thought I was the alien? He said yes, but at least I was from this solar system. Brad asked him if he was sure about that… that maybe I’d arrived on some meteor and was not really from nearby. That caused Honor to launch into a wild story about an egg flying through space, landing on the earth, and after awhile, out popped mom! Brad summarized it all by saying that I was a result of Trick-or-Treating aliens egging the earth…  and we ended that conversation with Honor singing some made-up song and dancing her robot version of Walk like an Egyptian around the table. I was laughing so hard that I could barely eat! (Which is probably a good thing when it comes to crepes and nutella!) I love my silly family!

Here are some other things that make me smile – our cats, and their tendency to go places just because they can. Enjoy!

Where can cats go?

Pixie - INTO whatever we are working on, at any time, no matter what. 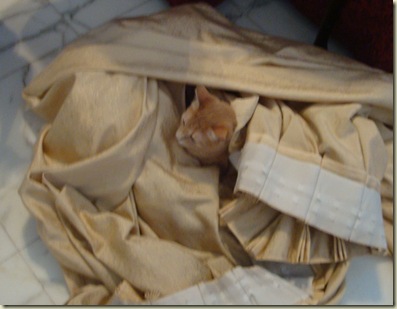 Ninja - UP CLOSE IN your face. 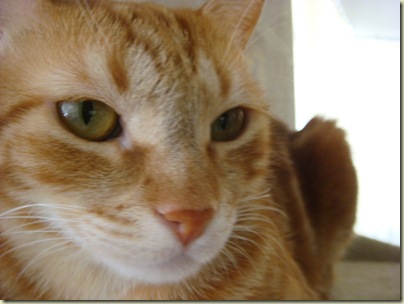 Pumpkin & Pixie - IN a basket that does not belong to them. (Taking thing OUT that they aren’t supposed to.) 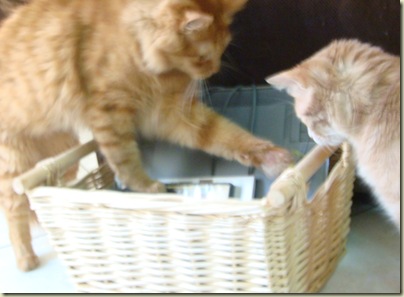 Pumpkin - ACROSS mom’s lap, like the baby he is. 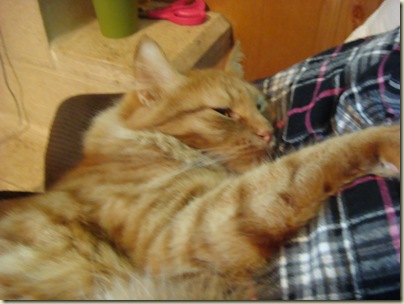 Ninja - INSIDE a box fort. 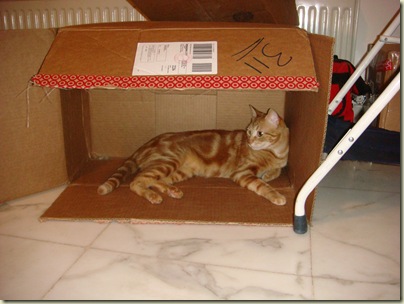 Pixie - UP a ladder. 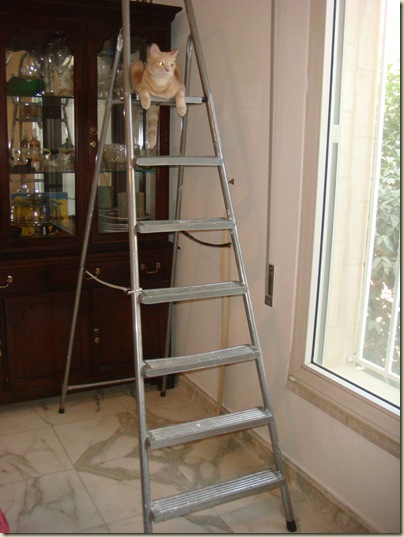 Pixie - ACROSS as much stuff as she can reach, even if she has to stretch. (Yes, it does all belong to Pixie, or so she might tell you… ) 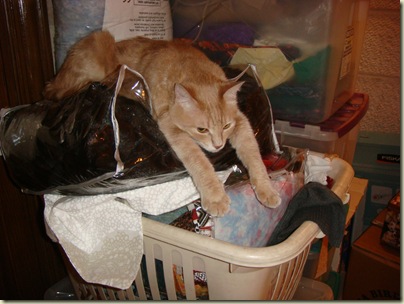 Pixie - ON TOP OF the best part of the couch (even if she has to push Brian OFF OF it, to get what she wants… see note above.) 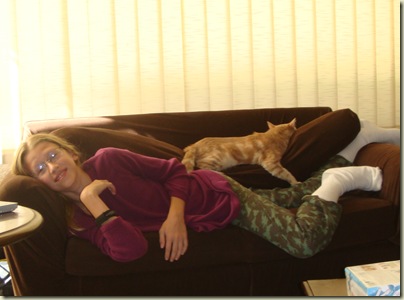 And let’s end this with a triple feature: Ninja - IN a box, ON a bookshelf, NEXT to the ceiling. 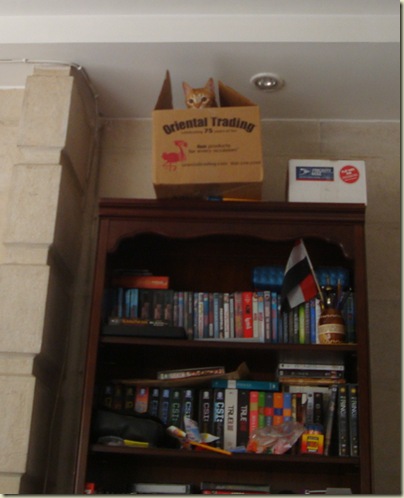 Quite possibly the most adorable cat pictures. Ever.

Thanks Heather! The best part is they are truly sweet cats and bring a lot of love and fun into our lives. :)