We had such a nice lazy and relaxing winter break. Didn’t do much, but it was wonderful family time. Kids are back in school now, and Brad back at work, so I suppose our routine has officially started anew for 2012. Here are some things to catch up on though.

One of the most important things to happen recently is Brian’s birthday… how in the world is he 11yo already?? He is such an amazingly smart and sweet kid…I love our boy!… I can’t believe how fast he is growing! Time really flies! He was born in the year of the dragon, and this year is also the year of the dragon, so he asked for his favorite dragon cake to celebrate. This is the 3rd time I’ve made this cake for him. I think that the first time I made it, for a shared birthday party with his ‘birthday sister’ Eliza, the dragon looked the best. The second time was pretty good, but I simply had no clue how to make red frosting! This time around, we were lucky it turned into a dragon at all! The cake was incredibly poofy and soft… which meant that it tasted heavenly, but was falling apart right out of the pans! I had also had no luck finding plain white frosting in a can (which best suits my talent level when it comes to baking) so I had to make my first ever homemade cake frosting… it also turned out to taste absolutely scrumptious! Molding all that yummy goodness into dragon form, though, was very difficult! 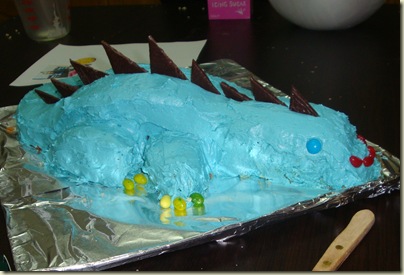 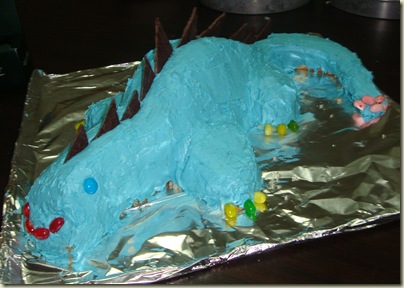 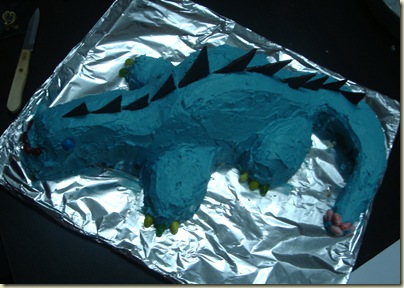 This guy looks a little rough around the edges, but this was decadent, and taste is what matters – and Brian loved it - so I claim a total success! Especially as it was topped by homemade vanilla ice cream that Brian made for us.


We also had homemade burritos for dinner on Brian’s birthday… his favorite meal. 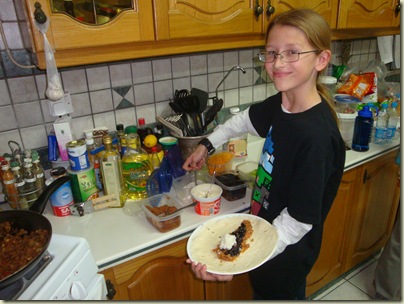 Honor gave Brian a box full of stuff that already belonged to both of them… including a catnip mouse from the cats!… Brian had a good laugh at the joke. 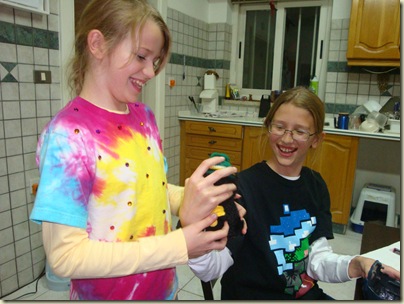 and we gave him a bunch of books that he’s been asking for. He’s getting tough to shop for, but fortunately there are some series he enjoys, and he likes science & fact books. Honor thought “The Disappearing Spoon: And Other True Tales of Madness, Love, and the History of the World from the Periodic Table of the Elements” was quite a book title! 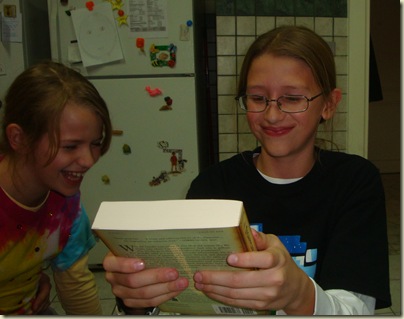 She’s right, but it still looks like a very interesting book, and when he’s done with it, I plan to read it too!

Best of all though, Brian got the laptop he’s been begging for… begging for, for years and years! :D 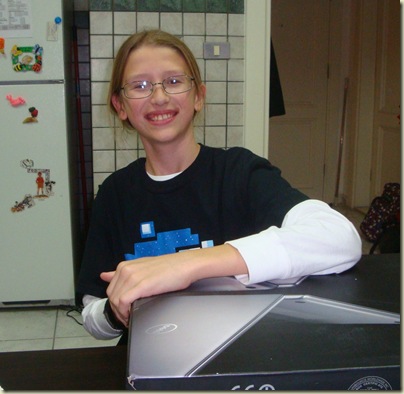 As much as they use it for/at school, we thought it was a good time. And, as long as he ‘shares’ with her, Pixie approves … 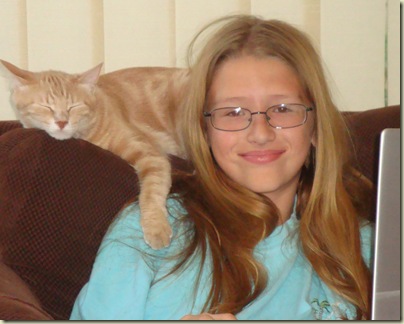 Pixie also approves of our new dustmop… I’ve had to track it down and take it from her on numerous occasions. 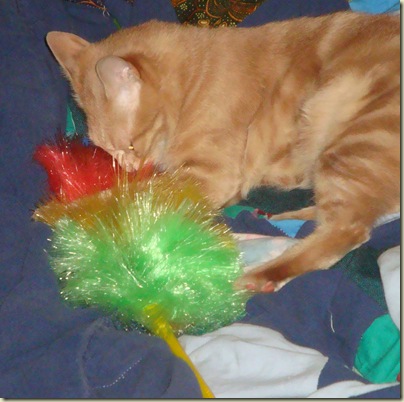 Seriously, what is it about this thing that says ‘prey’? I guess we’ll be ready and defended if our house is ever invaded by long skinny tropical birds… 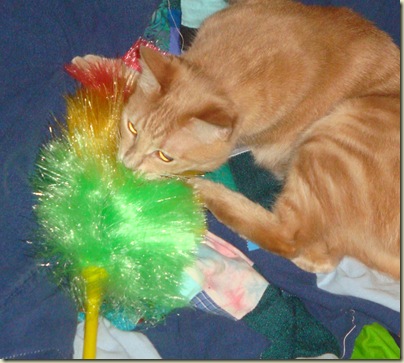 Also, being back in school means homework, and the best way to have dad check your homework, is while snuggling… 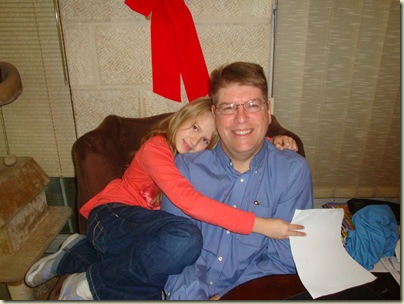 oh.. and about Del Monte. There are several signs in Arabic and English around town that say “Ana Ahib Del Monte” and “I love Del Monte” 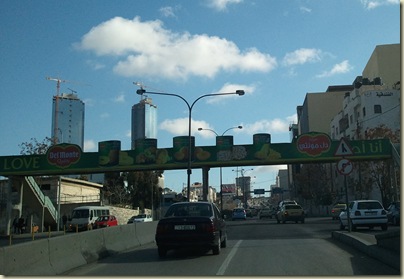 And that makes me think of this… 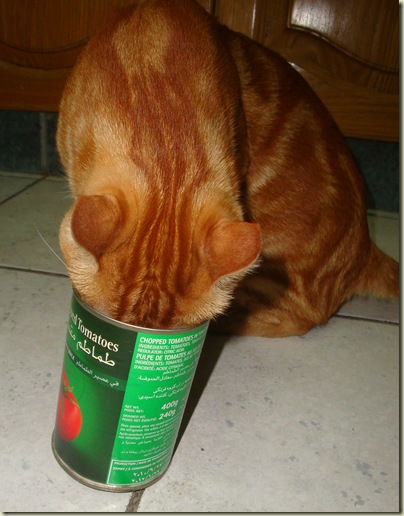 Ninja LOVES to taste whatever I get out of cans. Our cats eat cat food, as it is the healthiest option for them(!), and they only get very small nibbles of people food as treats. When I open a can, Ninja wants to taste .. beans, veggies, corn, whatever. Doesn’t matter, and she doesn’t eat much, a few licks on the can lid usually, but she really wants to know what it is and sample it! I had emptied this can of tomatoes, tapped the juice out, etc. but the little bit that was left… oh! Yum! Ninja really enjoyed it… she had to reach in and dig out the last little drops with her paws! 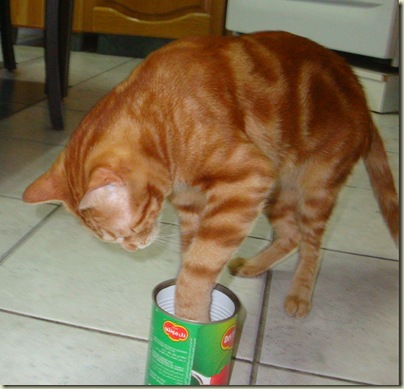 Not sure if Del Monte would actually hire a ‘spokescat’ for their products, but she has the enthusiasm for the job if they ever do!

I LOVE the cake! I imagine you will be making it a few more times throughout the years! Happy Birthday to B!