Our tree has been up for over a week, but with homework and school and cooties and working late, we simply have not had the chance to put any decorations on it yet… until today! We were supposed to go out and join the embassy Christmas party, but Brian decided that it was his turn to get sick and so we stayed in, had cocoa (with peppermint candy canes to stir), and trimmed our pretty tree. The cats were even helpful and stayed out of the way, mostly… there were a few moments of grabby-ness and a number of wild leaps into boxes. There may have even been a few instances of bad kitty language when a sibling interfered with another’s nefarious plot, but we made it!

It was Honor’s turn to put the topper on the tree. She can’t quite reach, but she can climb – and with dad’s help – place it from the couch! 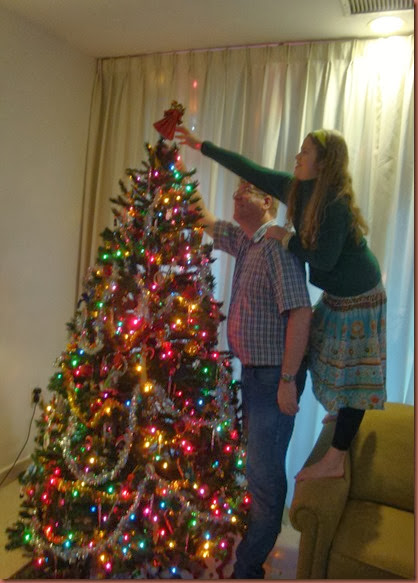 The topper is a little angel that Brad and I picked up in a street market in Germany about 20 years ago… amazing that it has survived so long! 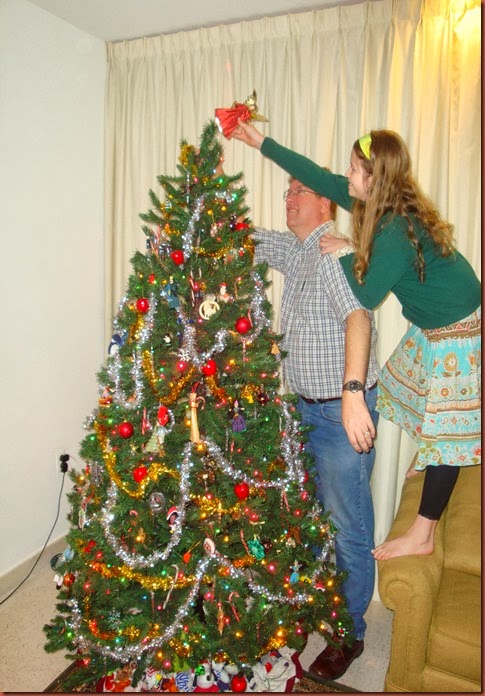 A couple of pictures of the kids and their dad 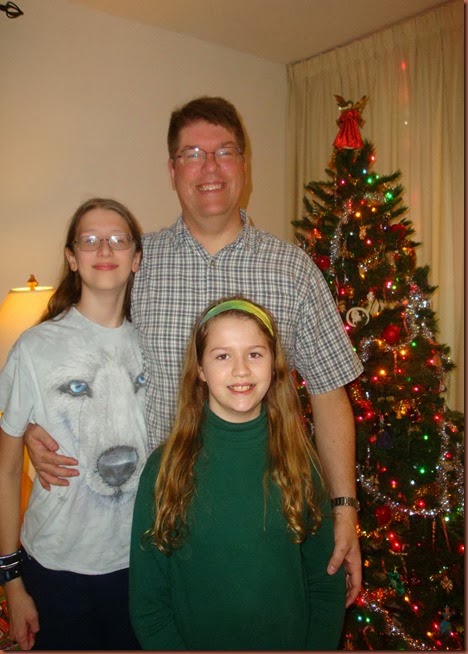 Honor was feeling silly… Brian was just feeling hot, like 102F fever, but he was smiling anyway. Must have been those yummy spice cookies I made for them that helped. 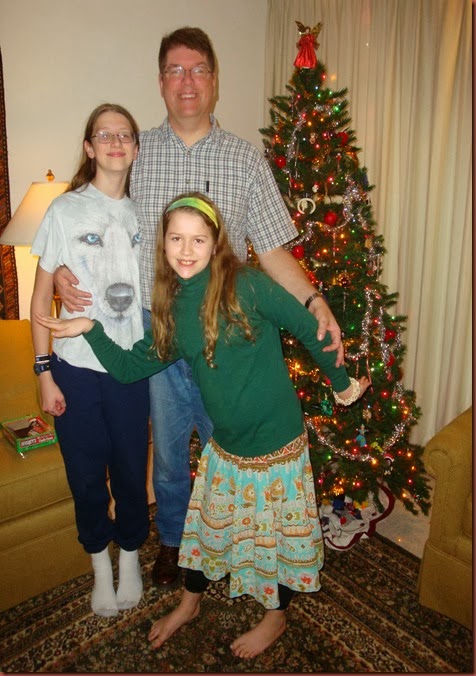 Photos of me and the kids too. 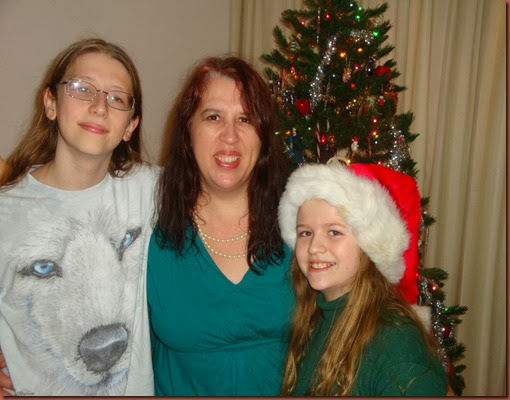 You guys do have a pretty tree. We did not decorate our tree right away either. It's cool that you got around to it! Sorry that Brian is sick. :( Cool shirt though Brian :)
Honor is getting so big and tall!

You guys do have a pretty tree. We did not decorate our tree right away either. It's cool that you got around to it! Sorry that Brian is sick. :( Cool shirt though Brian :)
Honor is getting so big and tall!

Thanks Annalyn, and I'll tell your cousins what you said :) Honor also likes Brian's shirt and is plotting to 'inherit' it from him as soon as possible!

Seasons Greetings! Can hardly wait for Christmas posts. Love to all!!!!