So… I’m a little late, but I’ve been busy goofing off and being lazy, hanging out and doing family stuff, etc. … basically… not blogging. Sorry. :)

Honor got up early on Christmas morning and tried to get everyone else up too – but even Brian told her to go away… it was 6:30am! Eventually we got up, we had some coffee and rolls, and we made our way to the front room. Prezzies everywhere! To be honest, most of the packages held much needed winter clothes, shoes, and books, and we had a bunch of family gifts, like dvds and games… but it was fun to have a huge pile of packages to open, even just to get socks, long sleeved tees, or jeans! 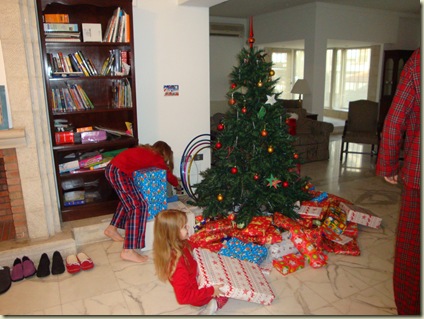 Brad and I pulled up a couple of chairs to watch the action. 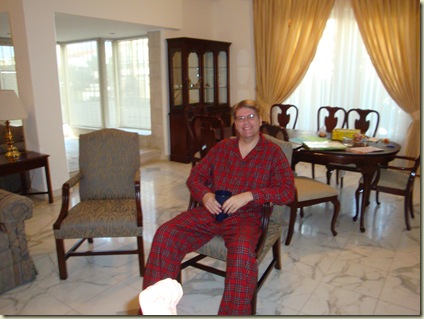 Kids finally got the one Jordan souvenir they’ve been begging for since we landed – mountain goats! (not sure why they wanted them so persistently, but I admit, they are cute!) 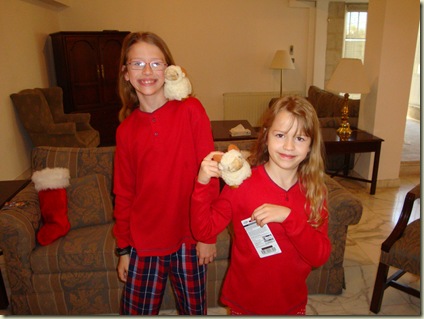 Kids got some traditional-type toys this Christmas too – it’s amazing how many games you can invent and play with hula hoops, bouncy multi-sided dice, and silly putty! 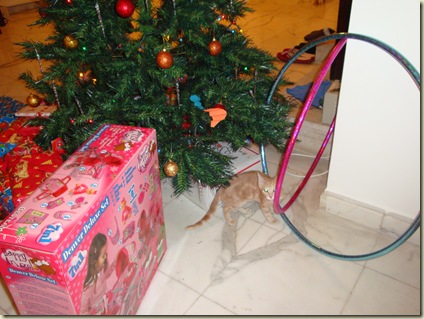 Honor got her very own sewing kit. I was a bit worried that 6yo might be a bit young, but she has been very responsible with my things so I thought I’d give it a try. 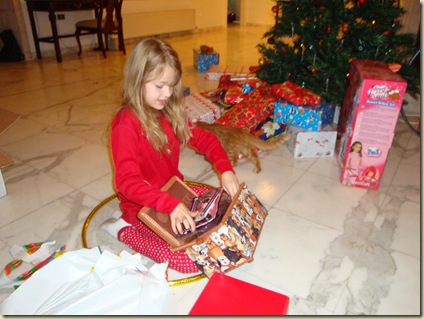 Brian has been burning through the books that we brought with us, so he got some more. He likes facts and trivia so he got a book about dragons, about the US states, and about presidents. (I think the dragon book will be read first… ) 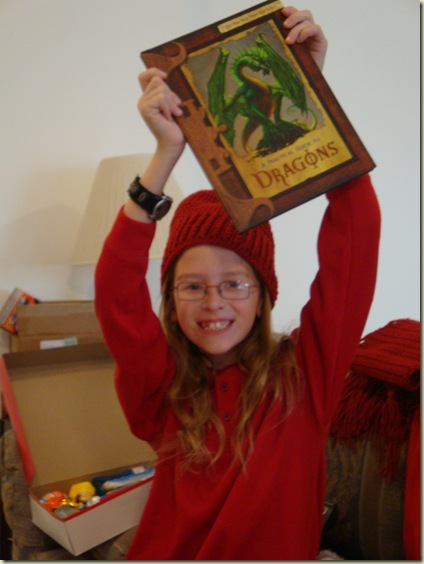 This is me trying to figure out how to put together Honor’s new baby stroller. Her old one broke and she has been asking for a new one since early this year. By the way… I had mentioned previously that we traditionally wore a Santa hat when handing out presents, but we weren’t going to have our hat this year since our household goods haven’t arrived yet. Thanks to both grandma, and our good friend Lydia, we weren’t ‘out of uniform’ this year! Thank you for the hats, and the lovely and thoughtful presents too!! Grandma even sent packages of good yeast – some of which I used in our Christmas dinner rolls. 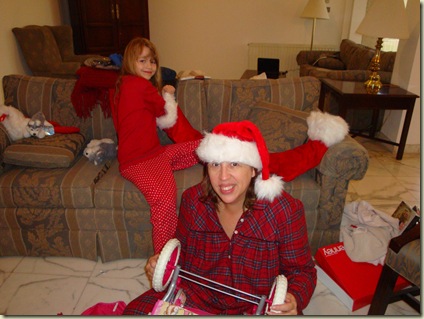 This stroller is slightly defective though – no seatbelts to keep the ‘babies’ from leaping out at random. 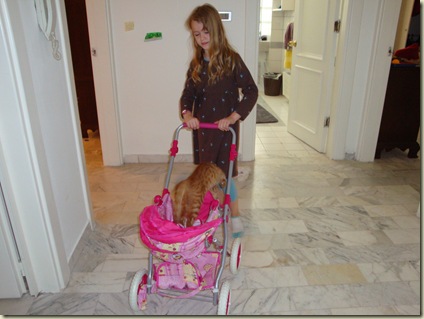 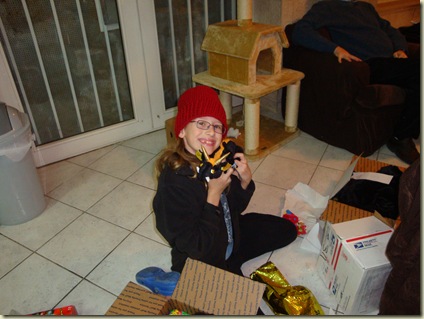 Honor loves wolves and this one is beautiful! 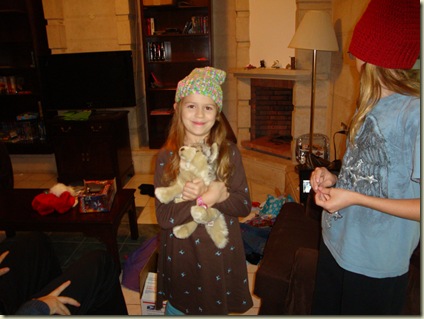 Pumpkin was very sad and disappointed that there was no turkey in any of the boxes… he checked! 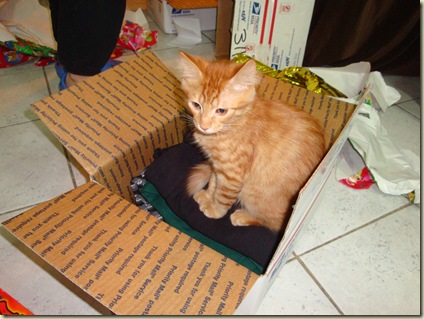 And score one for Uncle Jim with his ‘read me’ note! Honor says “I’m not a chicken! You are! Bawk! bawk! bawk!” 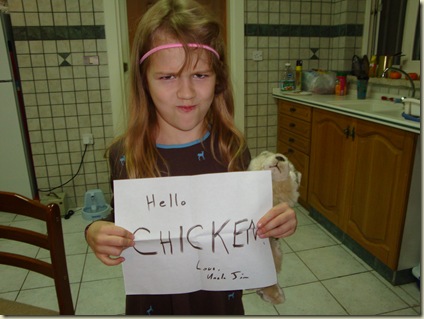 Love to you all!! Hope you had a Merry Christmas, and are continuing to enjoy the holiday season (we are!)

Wooo! Look at all that loot!!

Merry Christmas and have a blessed New Year!

Your house, family, and Christmas look wonderful!!!
Thank you for the presents!!!
(And the opportunity for me to get even fatter !!!)
:)
Brother and Uncle,
John

Honor's face in that last picture is PRICELESS. Hahaha!

Love the PJS.
Best wishes for 2010.
Looks like everyone was healthy for Christmas. The pears were delicious. Yesterday, we shared the last of them with Tommy, Janet Madeleine, and Matt. A few days ago, Jonny, Annalyn and Julia were here and they loved them, too. They were absolutely perfect. Thank you. We were glad to have more family here to share the other goodies. Even with sharing I think I gained 10 lbs.
Thinking of you all with lots of love. . . g-ma and g-pa

Looks like you all had a merry christmas! Have a wonderful new year.

...and a Happy New (belated!) New Year to you all!
Speaking of funny weather, we have another cyclone watch, second one in 3 weeks, a bit much!

Looks like a great Christmas! Even though your stuff didn't arrive on time, it doesn't look like there was any shortage of fun. :) Love the look on Honor's face in that chicken pic . . . Dorian does the exact same "mad" face!

OMG- I'm totally with your kids! I LOVE the goats!!! I have so many pictures of them everywhere during Eid Al-Adha :) I was last there in Dec '08 and they had the x-mas trees with normal decorations and trees with the sheep on them on the other side in City Mall! :)

A tree with adorable sheep :) fun!