I can’t believe it. My not so little boy is ten. Double digits. One decade. How time flies!!! I asked him what he wanted to do for his special day, and while we talked about going to the Red Sea to spend the day at a resort, Brad had to work, and it’s chilly out, so Brian said he wanted to hang out, play video games, have burritos for dinner, and a dragon cake.

I made a dragon cake a couple of years ago that turned out great. Brian and the daughter of a good friend share a birthday, so we shared a party that year. Knights and Princesses. Our friend brought pink castle cupcakes, and we had a blue dragon to guard them.

As we had already had a blue dragon, Brian asked for a red dragon this year. I told him that I had no idea how to make red frosting! White frosting plus red food color, makes pink. He suggested that I make it as dark as I could, add red wings, and it WOULD be a red dragon. He’s such an understanding and forgiving kid! I think the color turned out fairly good considering, but if someone has any suggestions on how to make real red, please let me know!

Anyway, this is not a masterpiece, like so many of my blogger friends are capable of… I mean, there’s Shannon at Cyberbones, who says that she doesn’t like spiders (and with good reason) yet she makes this cake for her son. And Genesis of Expat Mom, who never fails to make me hungry after reading her recipes. She made this cake for her little boy. Then there’s Danie, who blogs with her sisters here, she posts the most spectacular photos of desserts and other kitchen miracles. I’m probably missing someone so don’t feel bad if I left you out. I’m jealous, but can admit that desserts are not, and probably never will be, my strength. I’m in awe, and inspired, which always keeps me going back to try again!

The cake was from a mix, and actually turned out perfect (…that doesn’t always happen), and the frosting was also from a can, with color added. I carved it according the the original plan (here) but we don’t like how the head looks there, and we adjusted it. Brian and Honor helped cut (and eat) the candies we chose to decorate with. 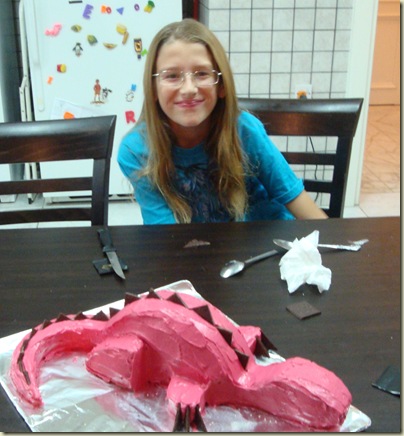 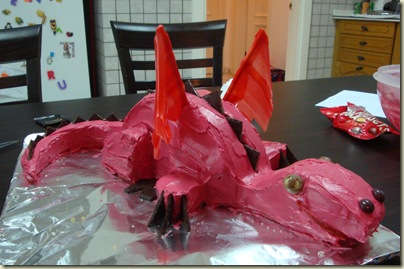 We had Brian’s favorite food, burritos, for dinner, then he opened his presents. Honor and Ninja helped. Brad got him the PC game he’s been begging for. Plants vs Zombies. I haven’t played it yet, but apparently it’s an award winner. It sure made Brian happy! 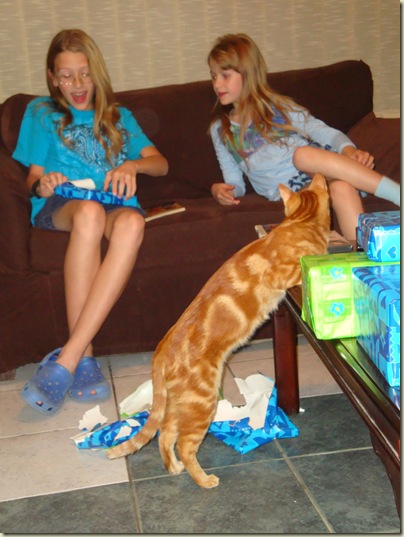 We also got him a pile of books. He loves the Alex Rider series, and he’s been asking for The Lord of the Flies, after hearing about it on Brain POP. He got those. I love that both of our kids love books! 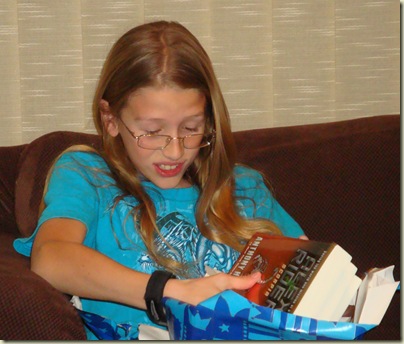 Ninja got some of her favorite prezzies. 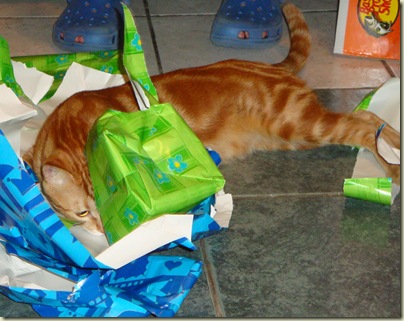 I think Honor enjoyed helping Brian as much as Brian enjoyed his gifts! 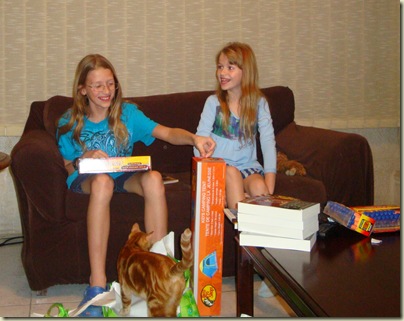 Then it was time to light the dragon. 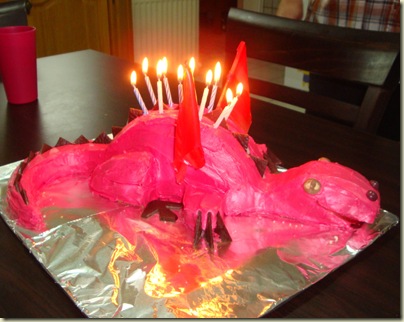 I think this kid had a very happy day! 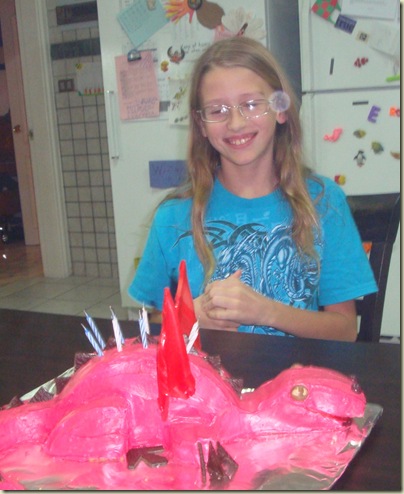 The evening was a little more dangerous. Brian decided to join his sister, who’s been camping in the living room for a week or so now, and he set up his new tent next to hers, to try it and his new (Christmas present) sleeping bag out… little did he know how hazardous that would be… 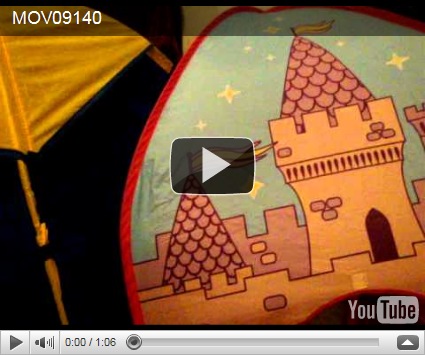 That's an awesome cake! I don't think you CAN make red icing with regular food colors. I have one that is called "Fire Engine Red" and it's a gel paste that works very well to make red icing instead of pink.

We have Plants vs. Zombies . .. it really is a fun game. Even Dante plays it, though he gets a little upset about the zombies getting into his house, so we turn the sound off for him. Happy birthday, Brian!!

PS, Stella is on her way, we just needed to get some color ink for our printer!

I've heard that there's a place in town that has specialty frosting items (Ace Hardware of all places) but I don't keep a lot of that stuff on hand. We hadn't discussed color much, just 'dragon'. Red was decided on only a day prior, and was settled when Brian found the red fruit roll-ups at the store. I'll have to experiment with some gel pastes, thanks! And thanks for hosting Stella too :)

Good to hear that your family enjoys the game too. It looks addictive!

I agree you have to use paste color but you have to use so much it makes the frosting kind of yucky. i am sure yours tasted good! Awesome cake! Sounds like he had a great time :)

Becky - oh yes, taste is an important consideration! Brian insisted that he wanted vanilla, so I even added a bit of vanilla powder to the frosting, and yes, it tasted very nice! Brian had a ton of fun yesterday (except for the painful part when the cats attacked...)

Thanks for the shout out!

Red frosting is tricky. Too much coloring and the frosting tastes like dye. One way to get red is to start with chocolate and add red dye from there. That's how I did the burgundy bridal shower cake.

It's tough to bake amazing creations when you're living in a country that is not your own. You did great!

Wow, you did a fantastic job with the cake! I love it. Looks like the kids and the cats had a blast.

Oh, the dragon cake! Still as awesome as always! I'm making her a lemon glazed creation this weekend. {it's been a busy week} but on "the day" we went to Chili's & had molten chocolate cake! Sounds like it was a wonderful day!

You have to use gel or paste food colors like the ones from Wilton. The red and the black, even the no taste ones, taste horrible. I try hard to use as little of those two colors as possible. I think the dragon turned out very well! Nice job.

Ace had all sorts of stuff in Jakarta, it was the place to go for pretty much everything.

GOOD girl your cake was so fantastic I love it.

Thanks everyone, and I appreciate the advice that the red and black pastes taste bad. I'd much rather have a 'not quite right' color than have it taste bad. I think, if I get a red cake request again, I'll try Danie's tip to start with chocolate and add red... unless the flavor MUST be vanilla, then I guess we will just go dark pink again!

The weekly FS blog round-up is posted, and you're on it.

Let me know if you'd like to be removed.