Food, and Being Thankful for my Helpers!

So, I hope you didn’t have a stomach bug & fever over Thanksgiving weekend. Honor and I had terrible timing, and we don’t recommend it! Fortunately, it was mild, but as we were cootie-ish and fevery, and we didn’t want to make anyone else sick, we canceled our plans to gather with neighbors for a big holiday meal. Also, fortunately, Brian and Honor are becoming awesome assistants in the kitchen. This can-do attitude saved our meal on Thanksgiving because the fever had just about wiped me out. I’d work a little… sit down … work a little … sit down ..  It would have take 2 days for me to finish at the rate I was going… Fortunately, I had a whole cooking team to back me up this year! And it is so wonderful to have a real table in the kitchen as an extra counter/work surface!  Good when you just have to sit down too… 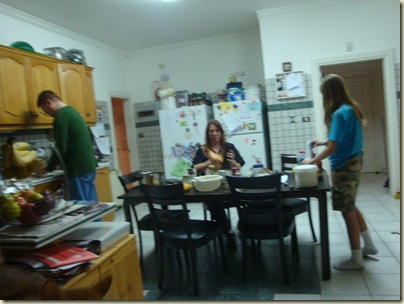 Brian made the stuffing. Yes, we cheated and used Stove Top for the bread, but I cooked the giblets to get the stock, and he added apples and cranberries too. 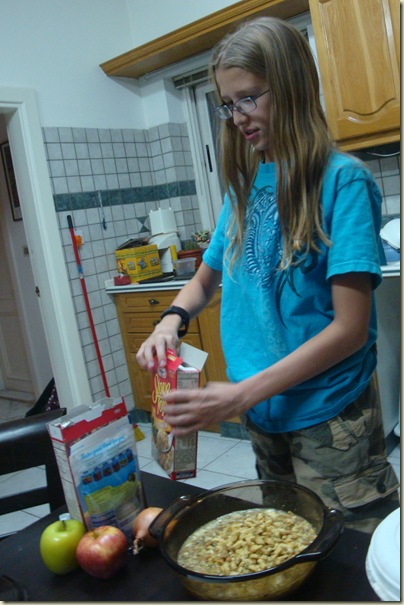 Brad mashed the potatoes… ALL of the potatoes in the house! So, I just made sure to cook up gallons of gravy from the drippings… gotta keep the guys happy. 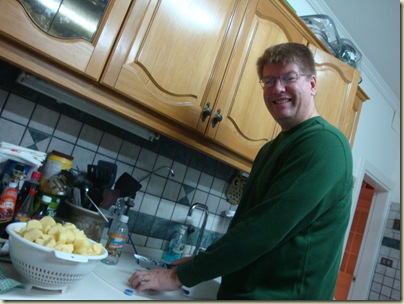 Brad and Honor had also made the pumpkin pies the night before. They let Pixie lick the bowl! Is it any surprise then, that she was the first one to have (steal) a bite of actual pie? Reeds, even feline ones, like (loooove) their pumpkin pie! 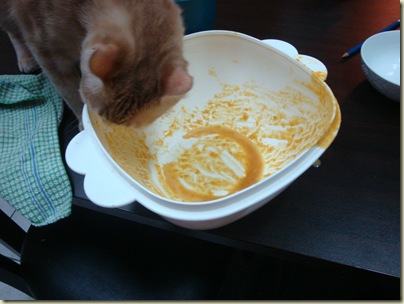 Honor helped with just about everything. She helped me get the turkey going, helped with the stock, she rolled balls of dough for the dinner rolls, and she even made the “sweet potato decadence” dish on her own. We had fresh sweet potatoes this year too! 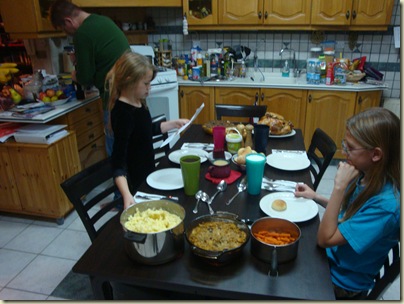 Here she is, reviewing the menu to make sure we didn’t forget anything. 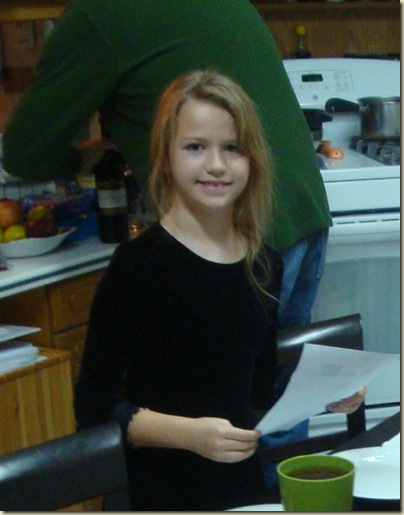 Brad is smiling, but he was just acting nice for the camera… he was dealing with an ornery cork here… but he won the battle and the wine was good with dinner! 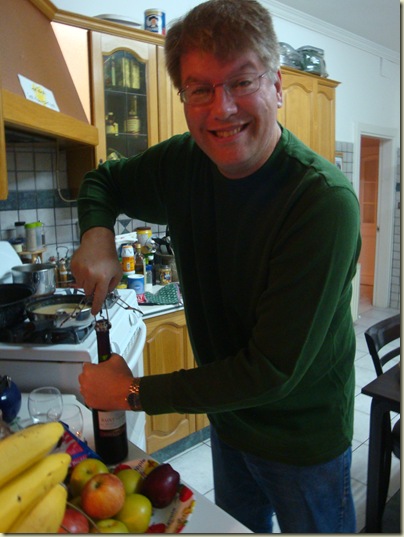 Brian is ready to dig in! Yes, bread is usually the first thing he grabs at any meal! We let him have more than just one roll! 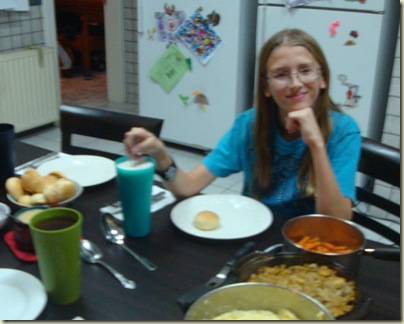 I am thankful to have such a helpful and loving family! Especially now that they are big enough for their help in the kitchen to be a lot of real help! I still don’t let them use our too-tall stove very much, but they’re great teammates everywhere else.

Here are a couple of other dishes Honor has helped with recently. She made taco salads. I made the meat, she helped with the other ingredients and assembly. 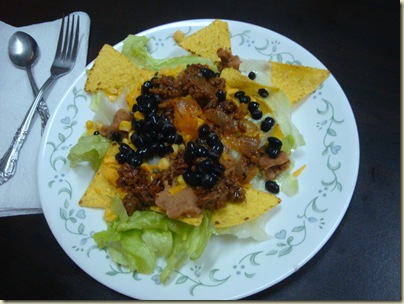 I also often put her in charge of the veggies. What’s better than steamed broccoli or steamed carrots? Steamed broccoli AND carrots, with cheddar cheese! 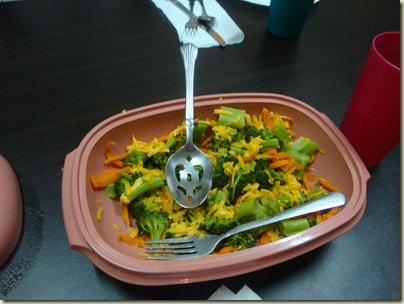 And just last night, after they finished their homework, Brian asked if he could make ice cream. Not, “Mom can I have…” or “Mom will you make..” but “Mom can I make it”. Brian started the recipe, and when Honor finished her homework, he included her in his project. All I had to do was lift the freezer machine down, and later, help them scrape the churn when it was done! They followed the recipe and cleaned up perfectly.

Isn't it great that they can actually cook! Hubby made the Sweet Potato Decadence last year and it was soooooo goood!

I hope you all are back to healthy soon.

Hi Betty! Yes, we're fine now, it was just bad timing to be sick on Thanksgiving, but it didn't last but a couple of days :)

You know, I always enjoyed having the kids in the kitchen with me, even when their 'help' was more play, it was fun!, but it's nice having the real help now! Brian wanted to make some of his favorite quick bread the other day. It uses beer for the fermentation. He got a beer out of the cupboard, and when he noticed that it left just one more bottle, he grabbed that one too and decided to double the recipe! That's good cooking!

I am going to try the sweet potatoe decadence for Christmas it sounds so good. My daughter had all four wisdom teeth out the day before Thanksgiving so we stayed home this year for the first time, so kind of missed out on the whole Thanksgiving meal. So I will let you know how my sweet potatoes turn out! Glad you are feeling better. I

Toni - ooh! I remember too vividly what it is like to have the wisdom teeth out! ow! But at least it was probably handy to have a long weekend to recover, even if it would have been more fun to celebrate. The sweet potato dish is intensely good!! Like a dessert, but it complements a big holiday meal with turkey, stuffing and all the 'fixins' very nicely! Hope you like it :)

Loved this post. You have great kids. The new look on your site is nice too!

Thanks Becky! These kids make me feel blessed every day :)

I was past due for a freshen up and new style on my blog. I don't think a personal blog has to look all professional and sparkley clean, but mine was getting raggedy, disorganized, and the photos of the kids in the old header were quite out of date! I had fun fixing it up and like the change too!