Ok, so it’s not like many kids’ coloring books are shining examples of good grammar and proper spelling, and following a story line or otherwise making any sense page to page is also a rare occurrence(!), but some books are truly humorous in their collection of errors. Throw in a foreign language and things get even more fun. Honor filled up a sticker chart in class and won a prize from the prize bin. She chose a cute little Tom & Jerry coloring book… and we found that the English translations of the Arabic text were hilarious! It was as if this book was made in China by a printer who knew neither language! 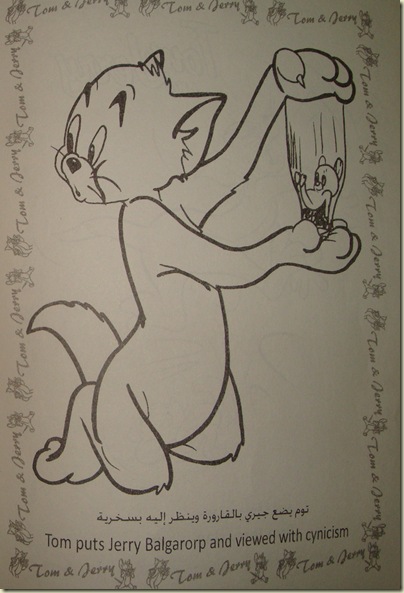 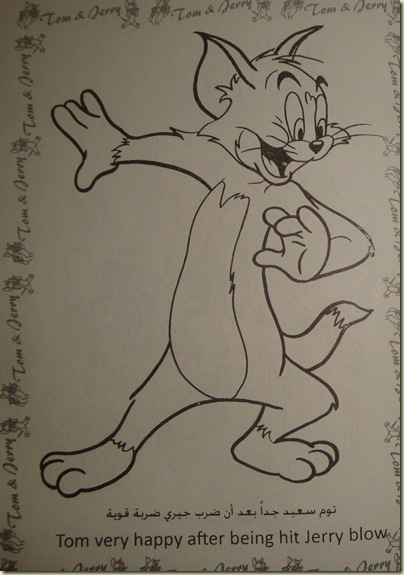 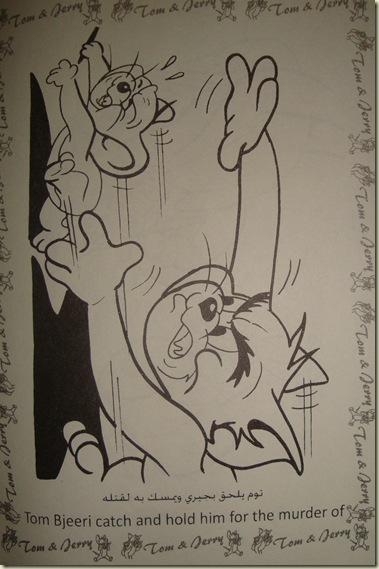 Again, I don’t expect big things from coloring books, and I think it incredibly nice that the teacher provides these little incentives/gifts, probably little things she has to pay for out of pocket, so I wouldn’t want her to take a lot from her salary to do this. I’m not complaining about the gift at all!  Honor picked it for the coloring, not the reading… But these are funny!

A few more (no photos)

“Tom and Jerry in violent battle” (They got this one right – the only one!)

That's so funny! I love it when translations don't quite match!