My friend Lydia of Here, There and Everywhere is hosting this week’s State Department Blog RoundUp and the following is her (optional theme):

What traditions have arisen in your life because of the State Dept?

Wow. That’s actually a hard one. Traditions? New ones arisen? I’d think the biggest, most life-altering aspect of foreign service is the picking up and moving, but I’ve been doing that since a week after my HS graduation ceremony 25 years ago. I graduated, joined the Army, and headed off into the world. I married a soldier and kept going. The switch to civilian life was barely a speed bump in our path.

I believe that one of our ‘newer’, and perhaps very best tradition, one that I can give credit to Embassy life for, is the family vacation. Yea. Pretty sad, but that’s a fairly new concept for us. I went on vacations as a kid, but it would be a week here, or camping over a long weekend, or overnight at a relative’s or whatever. Then, as a single lady with a workaholic streak, my only breaks were running to visit family over a long weekend or other spur-of-the-moment trips. When Brad and I married we were a family of two work-a-holics, with different schedules, different priorities, and never the same days off. We had too many ‘use it or lose it’ leave incidents.

Eventually, we became parents and the need to visit family became more important. We still had some learning to do though. Structured R&R came to the rescue. You have to plan for it. In advance. Work it into the schedule. Buy tickets. Even before you start planning, people start asking you what you are going to do. It has taken awhile, but this odd concept of leaving work, going away, and taking a well-earned break together has finally sunk in, and it is a very GOOD thing.

We’ve been fine-tuning this amazing ‘vacation’ concept as we go too. In the beginning, we felt guilty if we did not spend every second with our far-flung relations, but over the past few years, as our kids have grown from unconcerned little playful beings, to opinionated, memory-saving, book reading, documentary watching, desiring to explore, little adventurers, we have branched out.

We started out carefully … a week at a Disney resort before heading to see family. 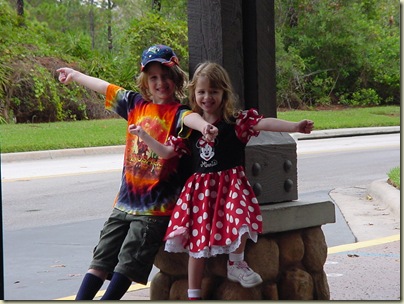 Hooray! That worked. We had a BLAST! And no-one spontaneously combusted because we took some time away for ourselves.

We decided that this family bonding stuff was very good for us and repeated the experiment with a stay at a lovely time share in Florida. 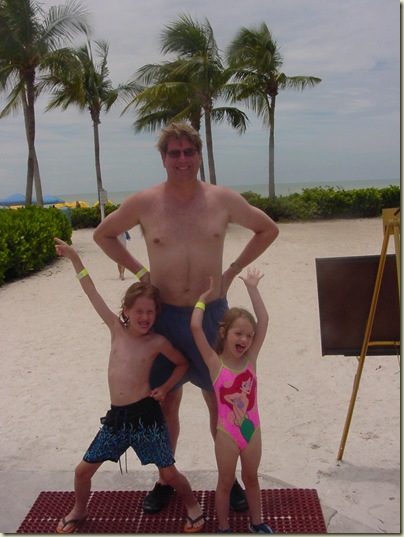 Life events interfered in ‘08, and we PCS’ed during the summer of ‘09, but this summer we jumped right back into our ‘new’ tradition and, after entertaining a visiting relation here in Jordan for a week, we had an amazing and inspiring road trip down the left coast of the US - from Portland, Oregon to Monterrey Bay, California. It was exhausting, it was COLD, but we had so much fun. 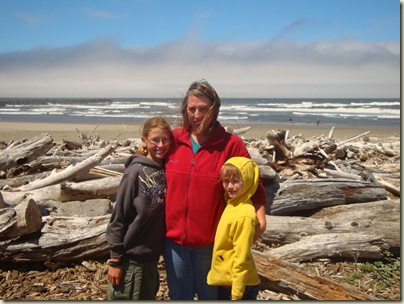 Definitely a wonderful tradition… and all thanks to the need to take R&R.

The only trouble now is… figuring out what we want to do next time!  I think we won’t have to worry about it too much, the kids are already making plans for what they want to do.

I love this tradition you've set for yourself ... I think it IS so important to take time for your family - to schedule time to be together.

Thanks! Silly that it took us so long to figure it out though :)

That is great! I love that you give your kids so much input.

Becky - we think that it's never too early to have the kids participating in family dealings. Even if they come up with crazy ideas, at least we listen and can tell them why we aren't going to follow through! It's all learning.