Not the arcade with the mouse…

But check this out! A couple of the malls in the area have indoor amusement parks that make for a great couple of hours out, or a great setting for a birthday party. Brian was invited to a classmate’s birthday party, and when I dropped him off with the group, Honor and I simply went off and made our own party.
Like similar places in the US, there is a place for snacks, arcade games, a climbing/play area, and best of all (at City Mall) there are rides! I have heard that Mecca Mall has a great slide for the kids, but I haven’t seen that … yet!
Please excuse the horrible mobile phone pics… I didn’t think to bring a real camera. Our internet has been very flakey lately anyway and I probably couldn’t upload hi-res photos anyway! I have some more Jerash photos to share, and some cat and kid photos too, but I don’t feel like fighting the wifi.
Honor liked the bumper cars, but it was tough for her to reach the ‘go’ pedal, and hold on to steer, both at the same time. 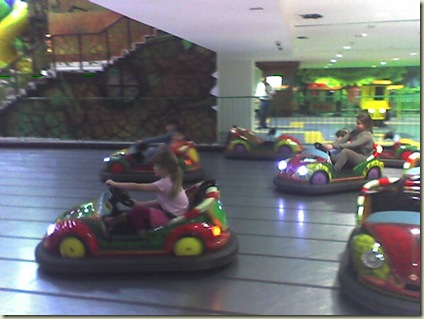 The swing… now Honor could have stayed on that for many many turns! 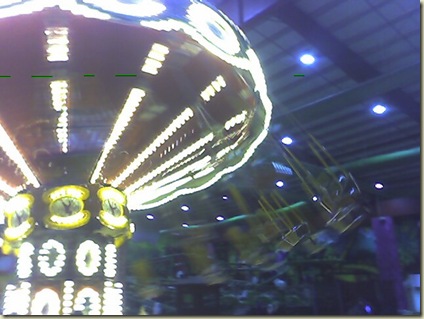 There was a crazy boat ride. 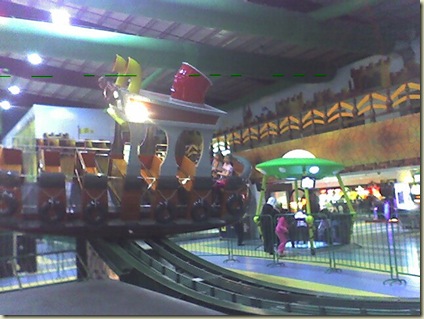 and a pretty nice roller coaster too. 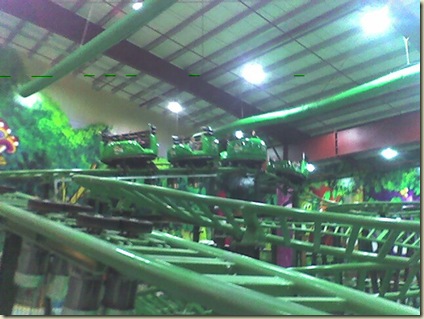 Brian fit the bumper cars better than his sister and had more fun with them. 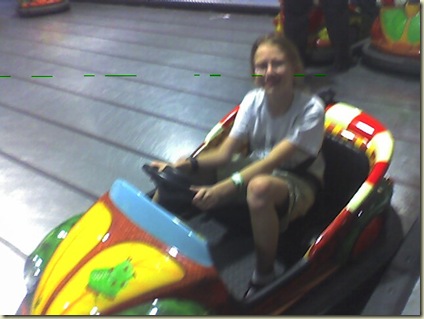 The one ride that both kids enjoyed – which rather surprised me – was this one: 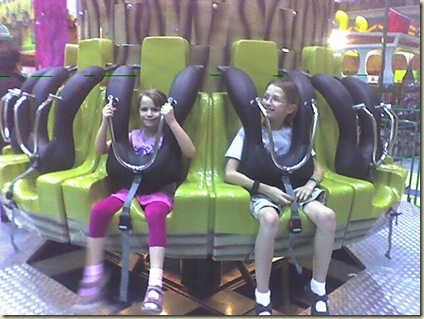 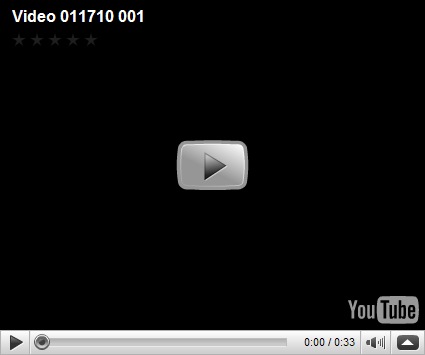 I thought they’d be a bit nervous about it – and Honor did want someone to ride with her, ie. me – but she asked for this one three times. She liked it because it made her tummy feel tickle-y! I rode the roller coaster with her, this ‘big drop’ thing twice (managed to keep my shoes from flying off somehow… Honor was disappointed.), the bumper cars and the boat. She was good on her own for several rides too. We also enjoyed a simulator ride (basically you watch a video, while sitting in a chair that jostles and bumps you around in accordance to the scenery on the screen). It was a very nice set-up.
This wasn’t ‘free’ entertainment, but for what we got out of it, and I am guessing it was two FULL hours of entertainment at about $30-$35 for the both of us, plus a couple of rides with Brian too after the party, I’d say it was money well spent.
Posted by Connie at 3:12 PM

This looks more fun than the mouse place, except looking at the picture of the swing made me dizzy. Poor old soul.