For those of you who are used to having winter “weather”, you know, something other than 70F during the day and 50F at night, with sky conditions either ‘sunny’ or ‘hazy’… just keep on browsing. This won’t interest you at all. Desert area expat types.., you can keep reading. This is pretty wow! stuff for us.

The forecast for this whole week is rain. It started with great enthusiasm last night. Thunder and lightning and windows slamming in the gusty winds. Kids never stirred though, they were tired for some reason?!

It was raining when the kids went to school this morning, and it rained off and on throughout the day. In the afternoon, when I went out to meet the school bus, it started raining again… hard… with thunder and lightning, and BB pellet-sized hail! Good thing I have a porch with an overhang and a giant umbrella. I knew the rain and hail would not show on my camera, but I had to capture a bit of this storm anyway. I miss thunder, and it was so nice to hear the rumbling booms rolling through the hills. 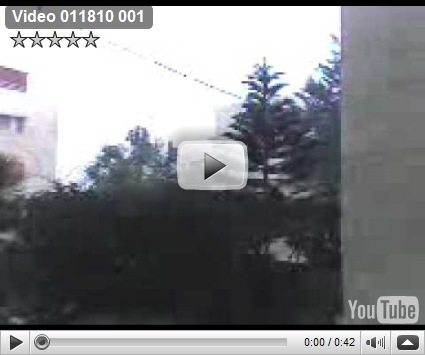 After the kids got home, we had to head right back out again. I took Pumpkin to the vet today to get him neutered (we have enough kittens!) and we had to go and bring our poor little guy home. We drove out to the vet’s office – maybe 4 miles away – and on the way, the sky opened up yet again. More fireworks in the sky, and rain by the buckets. Hail too. We ended up sitting parked in the car outside the vet for about 15 minutes, waiting for a break in the storm before making a dash for the entry. It was too much! As it was, although I got the kids out of the truck, mostly dry, on the sidewalk, I stepped out of my door into ankle deep rushing water… not in a gutter or ditch… but the middle of the road, which had turned into a creek. We were in an area about half-way down a hill, and I had to wade through everything coming off that hill, on its way out to the main road. Oh, and no, I couldn’t park elsewhere… the entire street was ‘creek’.

Again… grainy video, sorry. We were impressed with all the hail. The big bits were bouncing off, but the smaller ice chunks were rolling down the windshield. Another reason we decided to sit in the truck for a bit and hope for a break… it looked sorta painful out there! 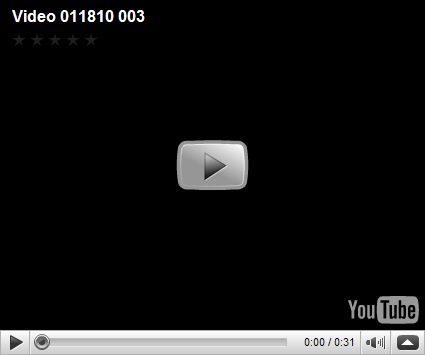 After we got our kitten, we headed out, set sail?, toward the main road. That downhill main road, where the ‘creek’ we were driving on emptied out. What a mess! Water was pouring down the outlet road so fast that waves were splashing up into the air, quite merrily actually, over all the bumps and debris in the road. It was like tubing down rapids, except we were in a truck, and rather than sliding into a bubbling river, we landed in snarled rush hour traffic… but anyway…

On the main road, cars were flooding and stalling. Amazingly enough, there was a huge puddle (small pond?) formed about half way UP an overpass that was claiming car after car. Fortunately, I did not have to go that way! I was able to drive around and under that hazard, but my path was also underwater, getting deeper by the minute (the extra water from the upper pond was pouring over), and drowned cars were starting to wash up on the shores (aka ‘sidewalks’).

How’s this for a desert road? The water was about 4-5 inches deep on the left side, less on the right - but I was passing stalled cars so I was swimming in the deep end here – and it was pretty cool to watch the waves formed by the cars ahead of me as they spread out from the car tires, tsunami’ed across the road to the sidewalks, then ricochet-sploshed back again. It’s been along time since I last drove on roads wet like this. 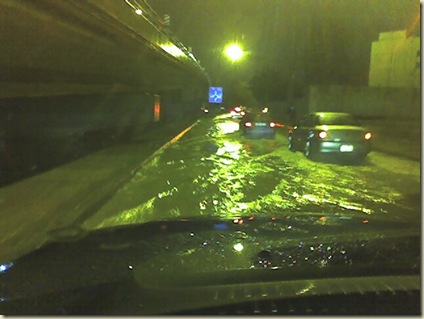 Yes, I did take my mobile out and yes I did snap a photo while driving, but I was going very slow… I was waiting to make sure the cars in front of me did not stop in water that I did not want to stop in! Best to let the ones in front go first, get out of the way, then go through without pausing in the deep stuff.

Anyway – here is the reason for our very soggy outing. 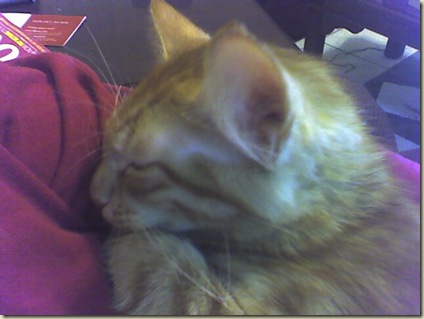 Poor drugged up, upset tummy, unsteady on his feet, formerly male, baby. Shortly after this photo was taken, he peed all over me. Poor guy was passed out and couldn’t walk to make it to the litter box. I had tried to lay him down on a bed of towels, to sleep it off, but everywhere I went, poor little guy would drag himself after me. Sometimes you just need your momma. Ah well, after hiking through ankle-deep street run-off, I needed to wash my jeans anyway!

Wow! That looks like a huge storm whether you're in the desert or not! We live at the base of a mountain and get lots of rain, but not much thunder and lightning--and, I miss it, too!!

Ooh, looks like fun. Not fun to drive in, maybe, but fun to sit with a cup of hot chocolate and stare out at from a cozy spot.

Wow! It sounds like you had quite an adventure. Get well soon to your kitty.

It was a wet adventure! We're not used to seeing that much rain all at once! Not in this part of the world - that was downright Floridian type weather.

Pumpkin is feeling much better today, although he is very 'clingy' and needs extra love. I almost wish I had one of my old baby slings with me - this kitten wants to be held ALL THE TIME today. Makes it tough to get anything done :D !

Poor Pumpkin! But what a pretty cat. On the other hand, that rain looks viscious!

Thanks! Pumpkin is a cute boy, his sisters are very pretty too. We lucked into a nice bunch - home grown, fresh picked out of the garden, all natural, etc :)

you spoke too soon about not getting our (and others) wierd weather ;-)