Brian has had music class this year and to wrap things up, they held a concert. The entire 2nd grade participated with singing, instruments, and a bit of dancing. Brian had two parts. One was playing an instrument in a Japanese folksong called "Deta Deta" - poor kid looked so bored and tired! This concert was after 7pm after a long day. The music sounded great though. His second part was a line in a little song called "Busy (Round About)" which was based on poetry by A. A. Milne.

Dressed up and ready to go. Brian chose his outfit by matching a nice polo shirt to his pants and belt. Honor chose her outfit to match her flower-tiara. 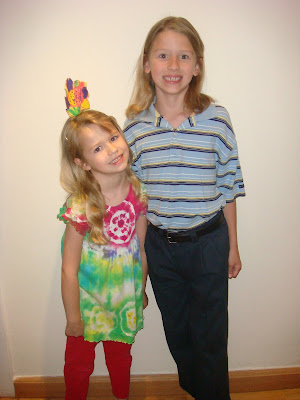 Walking to the theatre. The kids were holding hands and I thought it was sweet. 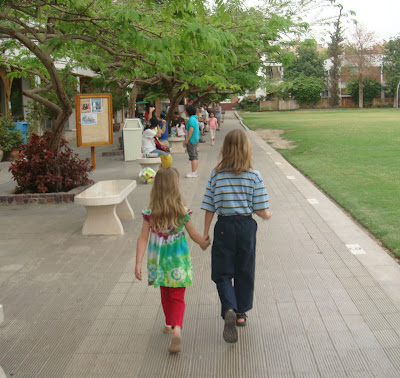 Outside of the theatre. 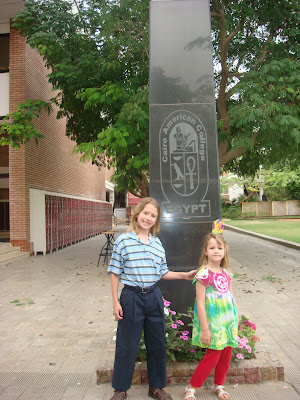 Brian was taking pictures before the concert. 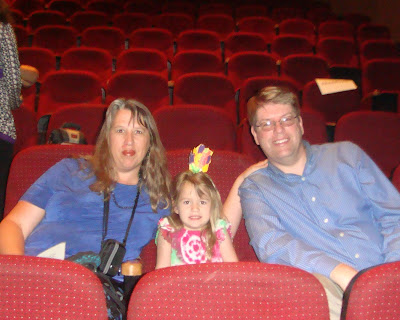 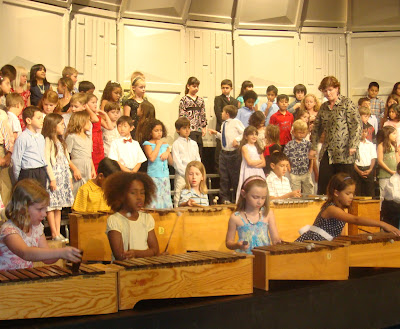 Singing in the chorus. 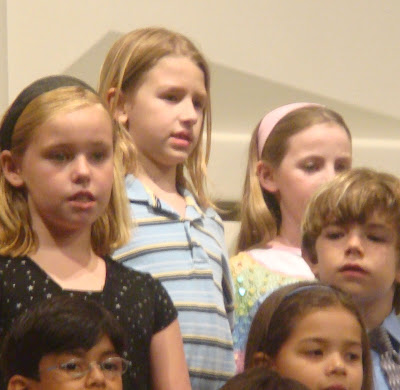 Here is a movie of the Deta Deta song:


and another one of the Busy (Round About):

I love the picture of the two of them holding hands. We have music recitals coming up too!

super cute! love how he dashes off after his solo.