Halloween morning, trick-or-treat, and portent of the future to be borne on fairy wings

So, we were really tired from the class parties on Thursday. Friday was our weekend, and I didn't set an alarm. I assumed the kids would wake us early. Nope. They were tired too. We got up a bit late for the morning party at the club, but the kids and I put on our costumes and walked the half mile to the club house anyway. Friday morning is quiet around here, but we got a lot of stares, smiles and waves as we paraded by. One Egyptian soldier asked if we were going to fly - pointing at Honor's fairy wings. I said that I wasn't sure that she was big enough to carry us. He said, no, just big enough to carry the future. Now, how sweet is that? I love it!

Here are some of the games the kids played at the club. As I did a lot of my 'party prep' shopping on the internet, I feel obligated to share what I have learned this year for future shoppers. Hopefully someone else can use these ideas - or at least it's a good place for me to keep notes for my own future plans!

Honor searches for bones. They had a disassembled plaster skeleton. Pieces scattered all over the party area. Kids had to go find the bones, and assemble according to an outline drawn on a paper... they each only had to find one bone, but the outline was labeled (so they were actually learning something) and they knew which bones were found and which were missing. 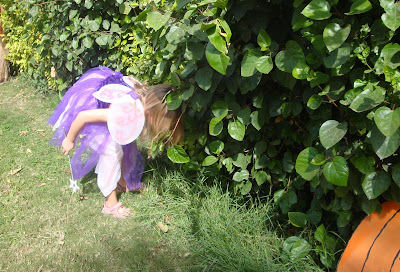 Mystery boxes - what is it about sticking your hands into gooey stuff that excites kids so? Whatever... it's fun! 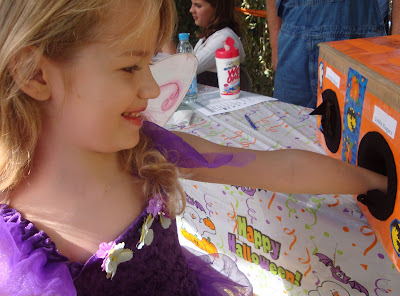 Candy hunt in the graveyard. 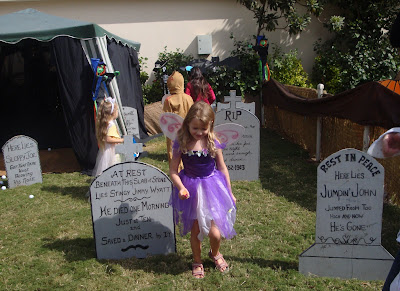 They also had some 'traditional' games like a bean bag toss, and guess the weight of a pumpkin, as well as a number of craft activities and coloring set up. They usually have a cookie frosting (and eating) table, but we were late this year and probably missed that.

Later, in the evening at home, there was trick-or-treating at our building. First step... gather all the kids in the party room. Are you ready?! Oh yea! 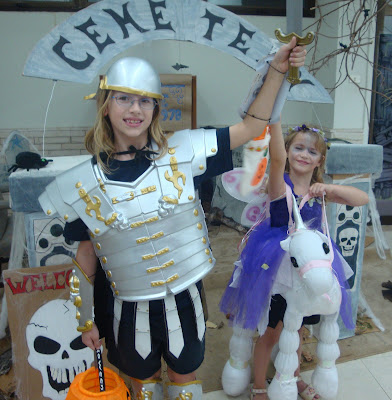 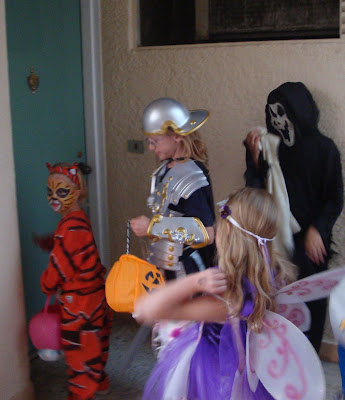 Down to our desolate end of the hallway - see why I never show pics of outside... rather industrial, don't you think? (kids don't care though) 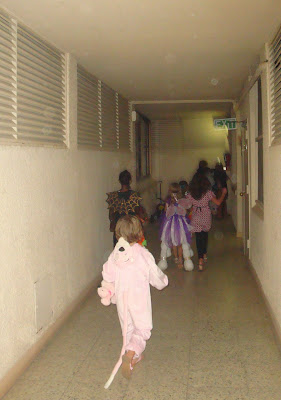 Crowded elevator, but we didn't want them galloping madly up and down the stairs - in costumes that hinder sight and tangle legs! 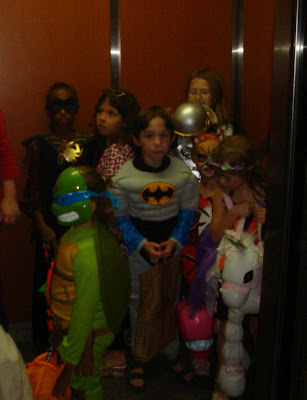 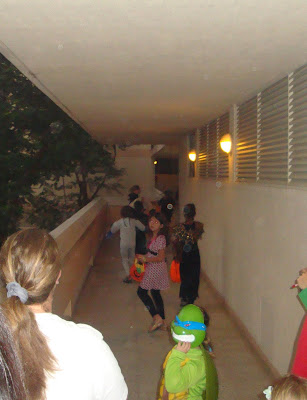 Some of our neighbors seem oddly quiet tonight. 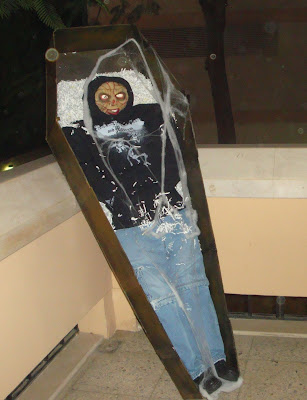 Others were less benign... 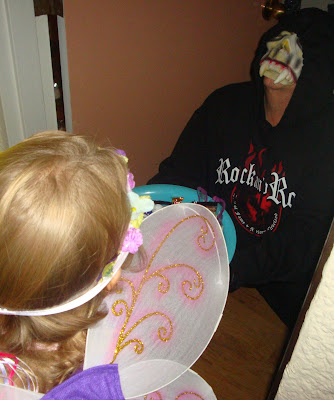 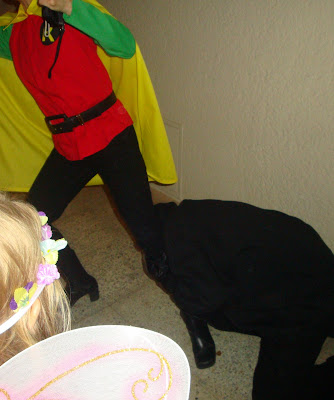 Hope you had fun joining us as we trick-or-treated!
Posted by Connie at 9:46 AM

I wish i was a kid again! I want to go trick or treating. :)